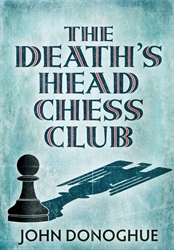 A friend has recently suggested that my reluctance to read Second World War novels might be similar to many South Africans’ reluctance to read apartheid fiction, and that saturation might be at the heart of it. True, having grown up in Poland and Austria, I have heard, seen and read plenty about the war – the stories as related by both sides. It is not that I shy away from the horror, even though after having visited the Mauthausen concentration camp as a teenager I was unable to accompany my husband when he wanted to see the concentration camp in Auschwitz (throughout, I sat very still in a coffee shop just outside and wept without going in). Imagination and empathy can be deadly for a soul. But I understand that these (hi)stories must be told and listened to. Today, in the midst of xenophobia, racism and violence, we need to grasp, perhaps even more than ever, what is at stake when we declare others as subhuman…