The British author Katherine Stansfield has a mesmerising novel (The Visitor, 2013) and an exquisite poetry collection (Playing House, 2014) to her name. Falling Creatures is her second novel. Set on the Bodmin Moor in Cornwall where Stansfield grew up, it tells the story of an actual murder which occurred in 1844. A young woman’s throat was slashed; a man who lived on the same farm as her was hanged for her brutal murder. A memorial commemorating the gruesome event still stands on the spot where the woman died and continues to haunt locals and visitors alike. The records of the real story are inconclusive as to what might have truly happened. But where the historian’s hands are tied, a novelist can step in and imagine a plausible scenario. This is precisely what Stansfield did for Charlotte Dymond and Matthew Weeks of Penhale Farm.

The story begins with a chance encounter between the narrator, whom we eventually get to know by the name of Shilly, and Charlotte. After her mother’s death, Shilly is left by her father at the All Drunkard pub where she and Charlotte are hired by the widow Mrs Peter to help on her farm. A special bond develops between the two young women when Charlotte gifts Shilly “blood-heat” on the day they meet. She gathers the body heat of a horse in her hands to warm Shilly with. From that moment on, it is clear that Charlotte has mysterious talents and communes with powers the other inhabitants of Penhale Farm and the surroundings are weary of, but Shilly also finds enthralling.

Charlotte’s beauty and skills cast spells over the people who cross paths with her. Mrs Peter’s son John and farmhand Matthew are drawn by her magnetism, as is Shilly. She feels very protective of her new friend, who reads nature and human deeds for signs and predicts that “terrible things will happen”. When Charlotte is found dead on the moor soon after her arrival at Penhale Farm and Matthew is apprehended as a suspect for her murder, a charismatic stranger arrives on the scene to investigate the horrific deed and requests Shilly’s assistance in his quest. The devastated Shilly obliges, but also has her own demons to confront as the tantalising story unfolds: “I had loved her, though she was cruel, though she was sly. She was my girl, and after all, anyone who claimed to have no badness in them was shown to be bad by the lie. She and I were just as the rest of the world – creatures falling, creatures failing.”

Stansfield’s take on the historic events of 1844 is as bewitching as her protagonist. If you are a fan of historical fiction, Falling Creatures has all the ingredients that will keep you hooked. Stansfield weaves together a fascinating plot, charismatic characters – real and imagined – and atmospheric prose to delight the aesthete. The sequel to Falling Creatures, The Magpie Tree, is to be published early next year, and it will be eagerly awaited.

In the Afterword of At Risk: Writing On and Over the Edge of South Africa, a collection of personal narratives edited by Liz McGregor and Sarah Nuttall, Njabulo S. Ndebele writes about the book taking “us closer to the notion of ‘making public spaces intimate’ by infusing into the public domain, not gossip, but genuine, reflective, if sometimes agonised, personal testimony. Self-exposure of this kind is harder than the act of unmasking others. It allows for the public sharing of vulnerabilities as the basis for the restoration of public trust (against public hypocrisy) and makes possible a world of new, interpersonal solidarities that extend into broader, more affirming social solidarities.”

Narratives of this kind are not only fascinating but, in a world of lethal lies, increasingly essential. Hedley Twidle’s excellent Firepool allows the form to shine. The book contains nine essays on topics as diverse as skin, democracy, literature, Mandela, Verwoerd’s assassin, music, nuclear power, racism, the N2, universities and that swimming pool. Here is an incisive mind at work, writing about relevant issues, but not from a purely intellectual perspective of a distant observer, but from within the personal experience. The “vulnerabilities” Ndebele mentions in the above quote are on full display and allow for a deeply intimate engagement with each text – for the writer and, crucially, for the reader.

When Twidle says “I want to write about skin”, you would be forgiven in the present climate to expect that he will be writing about race. And in a sense he does, but not in any obvious way. Twidle recalls his school years and the intricacies of power one face as a young adult. He talks about transformation (from childhood to adolescence and then adulthood, but also in socio-political terms) and “troubled skin”, skin suffering from the most horrifying acne: “These registers of experience are revolting, and seldom written about – or, at least, were very hard to find in print during the pre-Google era.” There is a reason why Twidle goes where only Google does not fear to tread, why he is probing “the limit zones of disgust: political disgust, but also the intimate and democratic rankness of bodily disgust – in the belief that such an investigation might be a prelude to true metamorphosis, acceptance, love.”

“Twenty-Seven Years” is a tribute and a meditation on the remarkable life of musician Moses Taiwa Molelekwa. He was a child prodigy who died much too young at the age of twenty-seven, but who was not afraid “to risk being naive, and to begin at the beginning.” Twidle records his own music history with the awareness that “the challenge for all writing about anything that moves us, is to carry within the writing a memory of that initial ignorance, of the silence before the music started.” He structures the essay in narrative loops which manage to create that sense of innocence, eschewing the usual “scholarly mode” of linear developments and imitating an improvisation, as if on a musical theme.

In “Getting Past Coetzee” we are referred to the hermit crab of the book’s wonderful, but initially mysterious, cover (the illustration makes perfect sense once you reach the last page). I doubt there are any students of English literature anywhere in the world who have not come across JM Coetzee. Twidle is a great admirer, but not an uncritical one. Contrary to his literary hero, he acknowledges a South Africa that is a “generous one, where things are thrashed out in dialogue with others, rather than selves.”

The essays which gripped me the most were “A Useless Life”, “Thirteen Ways of Looking at the N2” and “Nuclear Summer”. The former two tackle unusual topics: Demitrios Tsafendas and the N2. The latter reverts to an all familiar consideration, but with refreshing urgency: nuclear energy.

Tsafendas is the man who murdered Verwoerd, but his existence has been nearly erased from public consciousness. He later testified he had acted “on instructions from a tapeworm inside his gut.” Twidle recounts his story in vivid details and reclaims it for “our national narrative”, showing what consequences suppression of truth and diverse definitions of and approaches to madness can have. It is an intriguing story if there ever was one. In “Thirteen Ways of Looking at the N2”, Twidle takes us on a walk along the N2 from the city centre to the airport – “a space where we are all in it together (though not, of course, all in the same way).”

“Nuclear Summer” exposes a peril that is common to us all and is a stark reminder that silence is “indefensible” in cases of life and death. No matter how tired we might feel because of the endless debates about nuclear power, Twidle returns us to basic truths: the anti-democratic nature of nuclear power and the fatal failure of our imaginations in connection to the environmental impact this form of energy production has. We know “that knowledge and authoritarianism can go very well together; that facts now live alongside alternative facts, that truths can coexist perfectly happily with lies.” And because we know, there is no excuse for silence.

The essays in Firepool are an intellectual and emotional feat, calling for understanding as well as compassion. The need for both cannot be underestimated.

Firepool: Experiences in an Abnormal World 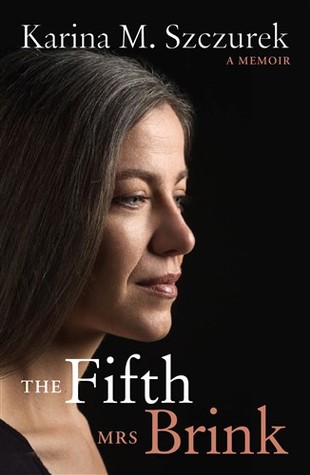 – Fiction is the most dangerous place in the world; that’s where truth lives. –

– There is no peace in fear for a loved one. No place to hide in the face of death. I read and wrote through the nights, stared into darkness. –

– Languages come to me. There is no other way of describing it. After an initial intimidating few months of frustration, they seep into me. It is a process I can think of only as osmosis. The moment I find myself surrounded by a language, it enters through my mind’s pores into my consciousness. I think, dream and live it. –

– Memoir is as close to a recollected truth as I dare to come, and there is no one to protect me. It is selective, structured, but no less sensitive. –