“Trees and words branch into memoir”

Christopher Merrill is a highly acclaimed American poet, translator and editor. He is also the author of several books of nonfiction, including The Grass of Another Country: A Journey Through the World of Soccer and Only the Nails Remain: Scenes from the Balkan Wars. He recently visited Durban for the Articulate Africa Art and Book Fair where he spoke about his latest work, a memoir with the irresistible title Self-Portrait with Dogwood. Published earlier this year, the book is a series of vignettes about central episodes in Merrill’s life, all involving varieties of the dogwood tree. It might sound peculiar, but it is a delightful way of presenting a life.

“The average lifespan of a flowering dogwood is eighty years, and at the approach of my sixtieth birthday it occurred to me that I might create a self-portrait in relation to a tree that from an early age I have regarded as a talisman. Not a memoir, strictly speaking, but a literary exploration of certain events through the lens of nature”, Merrill writes in the prologue. His approach to the project and his elegant prose are reminiscent of the work of the great American essayist Anne Fadiman, whose own memoir, The Wine Lover’s Daughter, is to be published next month.

The individual chapters of Self-Portrait with Dogwood loosely follow the chronology of Merrill’s life, but never in the way you would expect. The structure challenges our “way of thinking about the tradition of writing memoirs.” Merrill begins with a seemingly typical childhood story of building “a fort under the dogwood tree” near the border of the neighbour’s property, but weaves the military history and legendary heroism of the region into his narrative. Mr Wright, their neighbour, was a Native American and the young Christopher played war with his son Michael, their childhoods infiltrated by the reality of the Cuban missile crisis and the Vietnam War. Mr Wright was responsible for conscientising Merrill by challenging his family’s political allegiances and making him aware about the destruction of the environment and the need to protect it.

Upon revisiting his early home as an adult, the absence of his dogwood tree prompts Merrill to note “that in addition to our inordinate fondness for shaping history by military means we are also adept at waging war on nature.” In his life, Merrill has been entangled in both styles of warfare and, as a passionate conservationist and cultural diplomat, has tried to steer the global consciousness towards better understanding of the perils involved.

Wars lurk behind many of Merrill’s enquiries and memories, but none as vividly as the one he finds himself in the middle of in the early 1990s in the former Yugoslavia. The memoir also includes outlandish stories about dogwoods. Experts have suggested that the trees might have been used in the Trojan War, perhaps even to build the infamous horse. A popular poem claims that the cross Jesus was crucified on was made of dogwood. “The dogwood, then, as metaphor – of the march of civilization, the Passion, growth and decline, love and war.” Merill writes about “dogwood diplomacy”, which was “the nickname bestowed upon a State Department initiative to promote friendship with Japan” and about why he was not allowed to visit the only two places in Russia where dogwood trees can be found.

He calls dogwood his “totem tree” and describes the role it played as witness to all crucial events of his life. In one of the most touching stories, Merrill recalls the pair of kousa dogwoods at the entrance to a park in Iowa City where he now lives with his family. The health of one of his daughters began deteriorating rapidly without apparent medical cause. The dogwoods in the park were in full bloom when she was at her lowest, but “acquired talismanic significance” during their visit and allowed Merrill to hope for her recovery. When they visited at the end of the season, and the trees were heavy with fruit, she was properly diagnosed and improving.

In his memoir, Merrill pays tribute to a few remarkable people who shaped him: a friend who became increasingly delusional at the same time as attempting to discuss the meaning of life via the literary greats with him; Charlie Ed, an African American who taught him what true disenfranchisement was and with whom Merrill worked in a lumberyard after getting in trouble with the police for drug possession; Jerry Munro, the owner of the nursery in which he worked for many years; and the poet Agha Shahid Ali, his dearest friend who died of brain cancer.

The words and wisdoms of writers like Herman Hesse, Walt Whitman, Emily Dickinson, Rachel Carson, and Henry David Thoreau dapple the narrative like light through a tree canopy. We turn to them for guidance and solace, especially in brutal times. Merrill describes his own experience of the post-9/11 era and trying to make sense of the layers of trauma surrounding the event.

As a wordsmith himself, Merrill acknowledges the fascinating idea that there might be a connection between trees and language as their branches attract birds and thus perhaps they inspire music: “Linguists posit that sometime in the last hundred thousand years our ancestors began to imitate birdsong and monkey alarm calls in delight, boredom, or terror, depending on the circumstances; the fusion of these two finite systems of communication from the animal world produced a third system, seemingly infinite, capable of conveying holistic messages. The integration hypothesis of human language evolution proposes that the combination of avian music and primate warning, the expressive and lexical layers of meaning, gave rise to grammar, and the rest in history – which is to say, the history of speech.” It is a marvellous way of looking at how one of our greatest feats – language – can be traced back to trees.

“In the nursery trade, dogwoods are called ornamentals, their flowering a highlight of spring.” Merrill’s writing feels like that kind of flowering: gentle, beautiful, full of life. 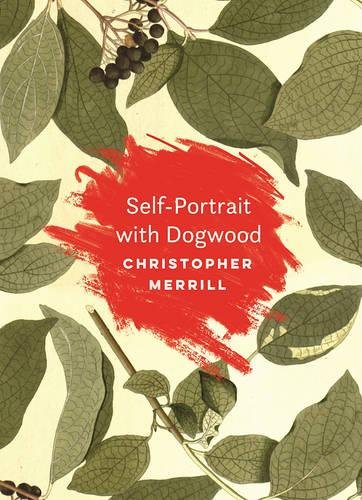 An edited version of this review was first published in the Cape Times, 13 October 2017.