Stephen Johnson was one of the first people my late husband André Brink introduced me to when I made Cape Town my permanent home. He was André’s publisher, advisor and, along with Kerneels Breytenbach, a trustee of The André P. Brink Literary Trust from the time it was established in 2003. Above all, Stephen was a friend André cherished and trusted. 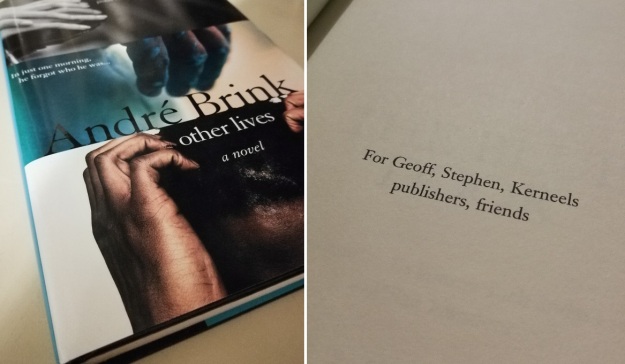 In the past four years since André’s death in February 2015, I had the exceptional privilege of working along Stephen, Kerneels and André’s son Gustav Brink as one of the trustees of André’s Literary Trust. Stephen’s input has been essential to all our decisions and he will be greatly missed in this capacity.

Stephen and I were never personally close, but in my dealings with him, I admired his erudition, his impeccable taste, his love for the written word and the objects which contain it, and his integrity. Seeing Stephen handle a beautiful book and hearing him talk about the writing he admired was pure pleasure. He was an extraordinary, perceptive reader. I remember his eloquence and his voice, both magnificent. He was an old-school publisher – he knew and cared about his writers and befriended many. To him, publishing was an art form as described by another illustrious contributor to this field, the Italian publisher Roberto Calasso. Stephen recognised and revered true talent and treated his authors like royalty. He saw us primarily as creative beings, not only as potential goldmines to be exploited. Expertise, imagination, loyalty and empathy were the cornerstones of his achievements.

It was Stephen who gave me my publishing break when he took on the project which resulted in Touch: Stories of Contact, my first major publication as an editor ten years ago. And more recently, he was one of the people who had helped me navigate the rough waters of a storm I had feared might end my publishing career for good. It is now two published books later and I feel that I have arrived in a safe harbour. I owe a lot of that safety to his wisdom and guidance.

Professionally and personally, we lost a fine man. Whenever we corresponded, he signed his letters with ‘fond regards’ and I associate the phrase with him. His last communications came through on 29 December, one of them also signed thus. I will remember him with the fondest of regards and would like to offer my condolences to all his loved ones as well as the people who were substantially enriched by his presence in their lives. May he rest in peace.

3 thoughts on “Stephen Johnson – a tribute”