This is Glinka at her most ‘graceful’ self, and Bobik and I, all watching television until two of us fell asleep on the couch and one of us had to relocate to her own bed again around midnight and could not fall asleep again.

Watching the news from the US last night, I was reminded of this passage from David Gillespie’s Taming Toxic People: The science of identifying & dealing with psychopaths at work & at home:

When I describe someone as a psychopath it is really just a shorthand way of saying a person who completely lacks empathy. I am not for a minute suggesting they are a serial killer or any other kind of criminal [although they could be]. I am being descriptive not derogatory. I could simply call them non-empaths but since nobody knows what that means and ‘psychopath’ is pretty close to the mark, I’ll go with that. Yes, there are negative connotations to the word ‘psychopath’ but I don’t think that it is a bad thing to use a word that suggests we should be careful around these types of people. This is one situation when it is definitely better to call a spade a bloody shovel.

A bloody shovel can be voted out of power.

A different kind of power struggle took place in the Kruger this morning: two male leopards vied for the attention of one female – a spectacle of note. In the end, one of them asserted his dominance and the magnificent feline couple walked away together.

I prefer living in our feline matriarchy where Salieri calls the shots.

As she did when I tried to identify a bird that I saw while watching the Wild Earth live safari this morning. Salieri loves books, the bird book, though, is her absolute favourite. 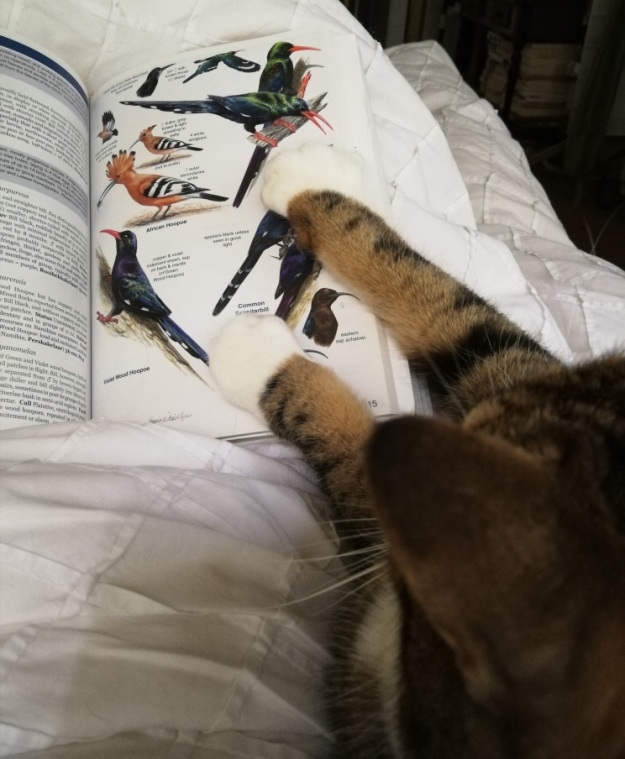 After breakfast, we read some more and then it was time to get showered and dressed and spend the rest of the day at the computer, working and chatting briefly on Skype with my Mom and Krystian and then with my lovely, dear friend Sally. She had a brilliant literary idea and I have been thinking about a certain project involving her for quite a while now, so we needed to discuss both. It was so good to see her and exchange literary and feline news. Her Sea Star Summer will be the next book I read :) 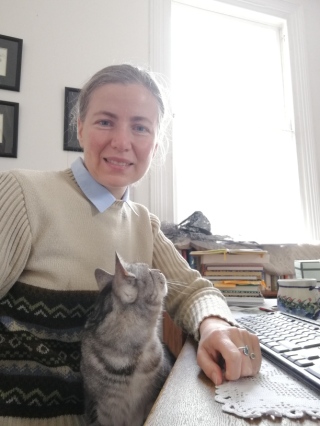 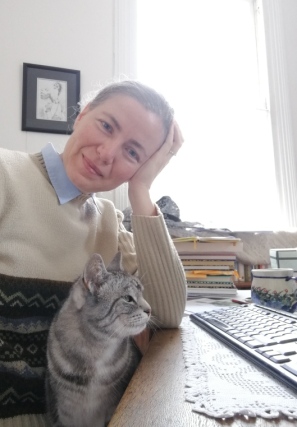 The Hoghouse meal I ordered was delivered today, so dinner was a simple, but absolutely delicious, feast. Prefect for a wintry evening. 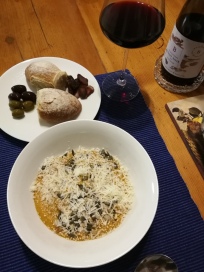 Did you see the Strawberry Moon tonight? I went outside with Glinka shortly after nine p.m. and stood there hypnotised. So many memories in its cold light.

Today, Naas Steenkamp would have been eighty-seven, but he passed away in 2018. He was one of André’s life-long friends. He contributed the most important essay to Encounters with André Brink – it was the backbone of the book. He was also the author of Op ’n galop na Buckingham-paleis. Words, words, words – inscribed on paper, our hearts. 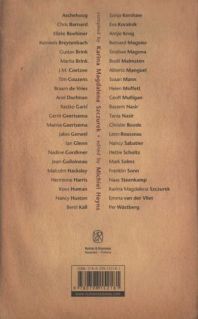 Be kind to yourself. Be kind to others. Stay at home.

Don’t allow a bloody shovel to bury you. Vote.