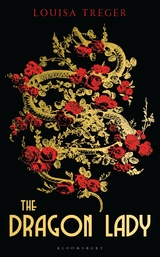 South African-born Louisa Treger used to work as a classical violinist before she turned to literature, first gaining a PhD in English at University College London and then trying her hand at creative writing. Her academic research focused on early 20th-century women writing and eventually resulted in her first novel, The Lodger, which told the story of Dorothy Richardson, a British author and journalist who was one of the earliest modernist novelists and, in her heyday, was considered among the greats of the era, but was subsequently neglected by readers and critics alike.

Remaining within the realm of the historical novel, Treger went on to write her latest offering, The Dragon Lady. Blending fact and fiction, the novel chronicles the remarkable life of Lady Virginia Courtauld, or Ginie, most famous for her – at the time considered outrageous – tattoo of a dragon on her leg.

The novel opens with the shooting of its protagonist on La Rochelle, the Courtaulds’ Rhodesian estate, in the 1950s: “At that instant, a loud noise splintered the air… Her body tensed and convulsed, her limbs sprawled gracelessly, blood spilled onto the ground. For a few moments, there was an unearthly stillness.”

Narrated from various perspectives, The Dragon Lady takes us back and forth in time and place to record the events and achievements in Ginie’s extraordinary life story. Unconventional, daring and visionary, Ginie was a woman way ahead of her time. We follow her life from Italy at the beginning of the previous century, via England and Scotland of the 20s to 40s, to Rhodesia at a time of great social and political upheavals. It might be Treger’s musical training that allows her to capture all these setting in a language that is so evocative, it enables readers to experience them as if they had been there themselves. And because some of the places the Courtaulds built or restored in their time still exist today, you might find yourself longing to visit their Eltham Palace in south-east London or La Rochelle in the Imbeza Valley in present-day Zimbabwe.

Lady Virginia Courtauld fascinates in her own right. She was a divorcée and a foreigner when she met and married Sir Stephen Lewis Courtauld, upsetting London society’s ‘delicate’ sensitivities. When they relocated to Africa, Ginie’s and her husband’s progressive views did not endear them to their white neighbours, dead-set on maintaining their privilege in a segregated society.

Treger depicts the vast socio-historical changes taking place at the centre of Ginie’s life with exceptional skill, weaving them into the intimate love story of the Courtauld couple. Throughout the narrative, she also keeps us guessing as to the origins of the mysterious dragon tattoo and the identity of the person who fired the gun at the beginning of the story. Immaculately researched and told with passion, The Dragon Lady enchants and intrigues long after the last page has been turned.

An edited version of this review was published in the Cape Times on 28 June 2019.