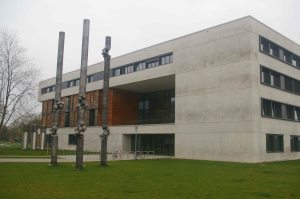 At the beginning of April, I attended a literary conference in Regensburg, Germany. Organised by Prof. Jochen Petzold, the conference intended to shed light on some of the developments in recent South African literature. Two days, various themes, and an intimate crowd of eager participants amounted to a very stimulating experience which reconfirmed for me the decision not to forsaken academia all together just yet. The papers covered a wide range of topics, from youth literature to writing on HIV/AIDS, with the farm novel and Indian Ocean literature thrown into the mix. 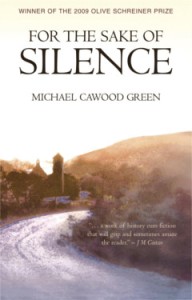 The conference kicked off with a paper by Chris Warnes which put a smile on my face because Warnes spoke about ideas being more productive than theory. Taking popular fiction seriously, Warnes explained how romances, crime novels, and thrillers can tell us more about present-day South Africa than ‘serious’ writing. The next speaker, Michael Cawood Green, read an excerpt from his upcoming novel. Full of scrumptious ideas, it gave one more food for thought than most theoretical writing ever can. A few years ago, I had the pleasure of reviewing Green’s fascinating novel For the Sake of Silence (2008). It remains one of my all-time favourite books, and I am deligthed now to own a signed hardback copy given to me by the author.

We continued with papers on Achmat Dangor‘s Bitter Fruit, trauma and memory, and young adult literature. I shared the slot with Sandra Stadler who has done some ground-breaking work on the YA genre in South Africa. Her thesis is something to look forward to.

Focusing on Nadine Gordimer’s The House Gun, Ivan Vladislavić’s Portrait with Keys, Stephen Watson’s A City Imagined , Antjie Krog’s Body Bereft, and the theoretical backbone done on the city in South African literature by such scholars as Achille Mbembe, Sarah Nuttall and Michael Titlestad, I spoke about how among urban spaces, Johannesburg and Cape Town dominate the literary topography of the country, and how the latter is fast on its way to becoming South Africa’s capital of crime fiction with internationally best-selling authors like Deon Meyer, Margie Orford, Roger Smith, Sarah Lotz or Mike Nicol, making Cape Town the preferred settings of their literary crimes. 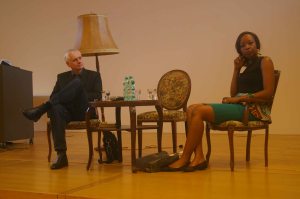 That evening, two crime specialists, Angela Makholwa and Mike Nicol, read to us from their latest work, and together with our host, Jochen Petzold, spoke about their experience of the crime genre in South Africa and abroad. 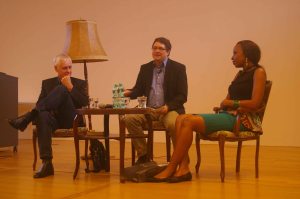 The next day began with two papers on the HIV pandemic as reflected in literature and culture. The farm novel dominated the next slot on the programme. It seems nowadays that no conference on South African literature can do without a vivid discussion on the elusive ending of J.M. Coetzee’s Disgrace. There are usually as many interpretations as people in the room, and so this time. The novel continues to haunt literary scholars.

Speaking about Aziz Hassim’s Revenge of Kali, Felicity Hand quoted a sentence from the novel which stuck in my head: “Only a corpse knows the loneliness of the grave.” The conference ended with three papers focused on Afrikaans literature. Cilliers van der Berg spoke about Afrikaans literature as a “minor discourse”, Adéle Nel about the “sense of ending” in some contemporary novels, and Willie Burger about the difficulties of categorisation that diversity brings with it.

I left Regensburg full of new ideas, a long list of titles to read, and a feeling of being part of a vibrant, exciting, and bold literary culture in South Africa.